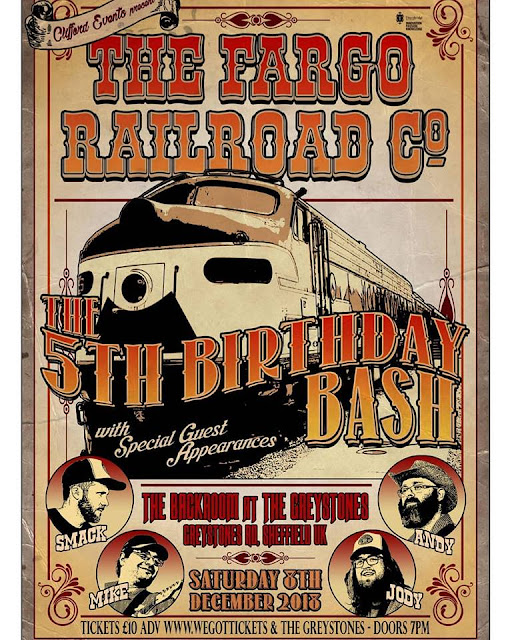 Posted by Paul Carlton at 07:14 No comments:

Although my intentions at this years Peace In The Park were to have a good wander around taking in the Reggae Stage, Sheffield Stage and various stalls and other entertainment on offer, the Blues Stage was just too good to drag myself away from for very long. 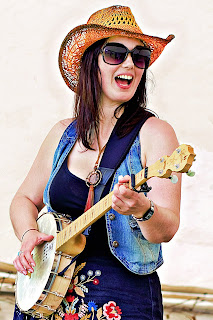 Honey Bee Blues Club truly excelled in laying on a line-up of first class artists to draw a huge crowd of listeners to enjoy the music in the summer sun.

There's a healthy roots and americana music scene in Sheffield and with the support of promoters like Honey Bee and Wagonwheel Presents it's a movement that is gathering momentum. The bands showcased here are just the tip of the iceberg when it comes to the wealth of talent currently playing in and around this town.

It's always good to hear someone new (to me anyway) so I made sure I was in time to catch All Day Dog's Breakfast and Chris Martin early on before Banjo Jen hit the stage. After hearing how good Jen is from various people I wasn't disappointed and hope to catch her again at Tramlines.

My only departure from the Blues Stage was to catch the end of Treebeards set on the Sheffield stage and go on an essential beer run, arriving back in time for Fargo Railroad Co. Every so often a band comes along that are so good they transcend their genre to appeal to a much broader audience, Fargo are such a band. Leaning towards the rock end of the country music spectrum their music ranges from rousing songs of drinking and good times to ones that bring a tear to your eye and some that will give you pause for thought long after the last chord has faded. 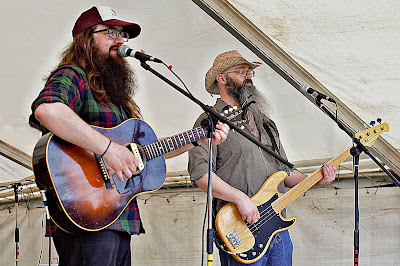 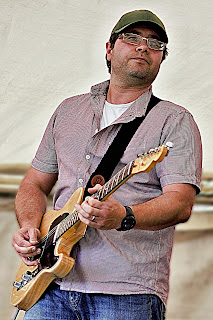 With a substantial crowd now gathered it was looking like the Blues Stage was becoming the favourite of the day. Martin Bedford's gift for bringing a high standard of musicians to many Sheffield venue's is no secret to attendees of Honey Bee gigs and hopefully the day will have won a few more converts to the cause. 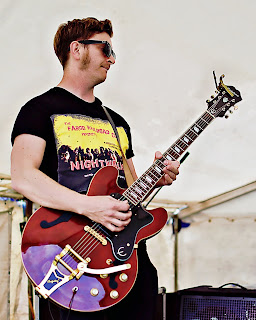 Next on and turning up the heat were established local favourites Black Thunder Revue. These guys have been delivering their own rock edged take on Mississippi Delta blues for the last few years and are can be found gigging on a regular basis around Sheffield.

I first saw Black Thunder Revue along with the much missed Roaming Son and I recall it as being one of those magic times when you go to see a great band and come away having discovered another.

Front man Andy P. Davison can also often be found playing solo spots along with many local artists including some of those here, always an added bonus.

Penultimate band Ash Gray and the Burners are not a band I'm overly familiar with. Many people have told me how good they are but, to my loss, I never took much notice untl now. Originally from Texas, Ash currently resides in Sheffield, much to the delight of local fans of country and americana. This also means I'll have the opportunty to catch up on what I've been missing. 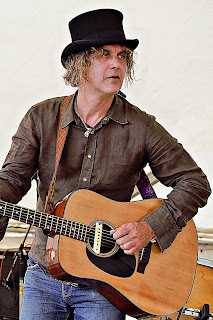 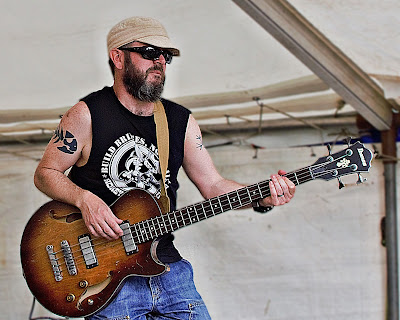 Headlining the Blues Stage to end the day with a bang were the magnificent Cellar Door Moon Crow. Bearded brothers Phil and Tom Goodwin make such an awesome sound for two guys it's just incredible. CDMC craft blues, rock and dash of hip-hop into an infectious explosion of sound that grabs you from the first note and doesn't let go. A spectacular finale to a great day. 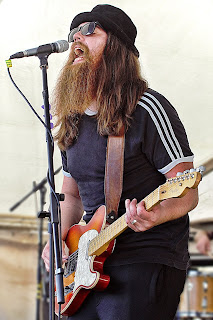 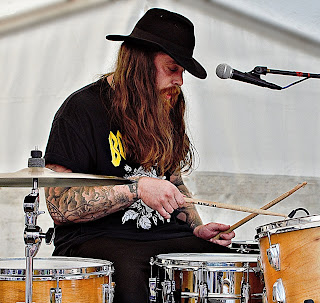 A huge thanks to all involved in making Peace In The Park happen. It may be a free to attend festival but rock 'n' roll isn't really free. People give up their time, fundraisers need to happen, artists and musicians need to eat and drink too. Go see the bands again, buy a ticket, buy the merch, buy 'em a beer, support your local music scene. See you at the bar.

Posted by Paul Carlton at 17:12 No comments: 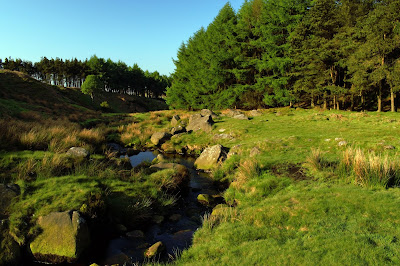 Six months after my hip replacemant I finally felt fit and confident enough to take on a wild camp. The spot I chose is a small wood in Burbage valley. This is pretty much the only woodland remaining in the area due to some major deforestation last year. 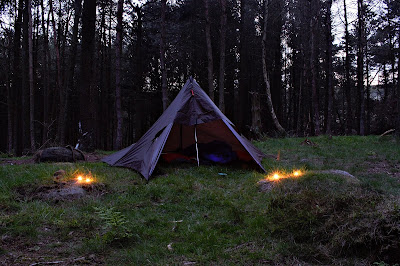 After getting to Lodge Moor by bus I had a great walk around Redmires reservoir and along Stanage Edge to follow Burbage Brook down to the woods near Higgar Tor. As light faded I made camp just inside the woods, out of sight off anyone who may still be passing by. 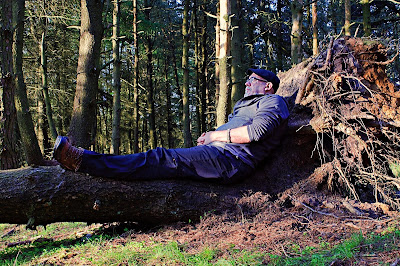 I awoke bright and early at five a.m. as the valley gradually flooded with sunlight. I had plenty of time to hang out by the brook just enjoying the morning since the cafe I was headed for was only two miles away and doesn't open until nine. 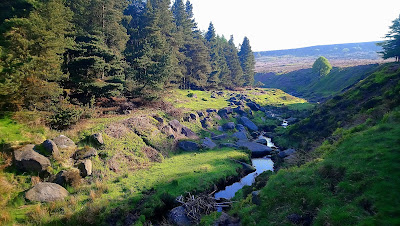 All packed up and leaving no trace I continued down the valley to cross the road into the Longshaw Estate and make my way down Padley Gorge to Grindleford Station Cafe for a brew and a sausage butty before the train home. 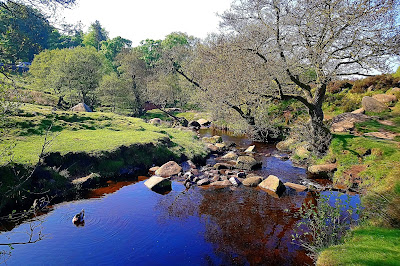 Posted by Paul Carlton at 12:15 No comments: